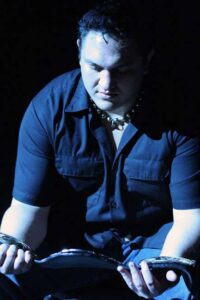 Well I watched TNA Impact tonight, even though they’re in one of their periods where some things are good, some are bad, some make no sense, but overall they’re just stuck in place, not really getting anywhere.

The biggest thing that stuck out was Samoa Joe’s interview hyping up his match with Kurt Angle at Lockdown. Joe uncharacteristically wore a suit to the ring for his interview and proceeded to tell the fans that he was winning the title for them, they stuck with him, I love you all, love the fans at home, blah blah. Well, wrestling fans, another badass face ruined and we’re back to good guys vs. bad guys wrestling that has plagued wrestling since the attitude era ended. In those days, Steve Austin was the top face, and not once during his run did I hear him profess his love for the fans. He kicked ass, drank beer, swore, and did his thing….and he was arguably the top draw in wrestling history.

So why must wrestling insist that this won’t work again? Is no one in the wrestling business noticing that MMA’s popularity is exploding right now? And with NO “good guy” vs. “bad guy” scenarios, just some badasses going out and seeing who the better man is. The ’90s was a similar time, where there weren’t too many faces going out and processing their fan love, The Rock is another example of a huge star made by simply coming off as a shit-talking smart ass that was OK for males to cheer for because he wasn’t a nice guy pretty boy…those days are gone, except for the fact that just about every wrestler has to change drastically if the fans start getting behind them and usually they become way less cool.

When Samoa Joe first entered TNA, he was a phenomenon from Ring of Honor who people knew, had heard of, or seen on DVD. The hype was huge and when he debuted, he delivered. He beat everyone’s ass that got in his way, he didn’t talk, he just slaughtered every guy that got put in his way, and crowds were electric for every one of his matches. His first few months in TNA reminded me of Goldberg’s debut in WCW in the 90’s; no need to talk, just hand guys their asses, continue winning, become a huge star. This was all on pace to happen UNTIL someone got the bright idea that Joe needed more character. Now he had to deliver cocky interviews that don’t come across to me as realistic at all, had to be beaten down by whoever he was feuding with, and he even started losing matches – and still has yet to get the TNA Heavyweight Title.

Well now it’s as if TNA feels they missed the boat and now its time for a homegrown TNA talent to be the flagship guy to beat Kurt Angle, but now he’s cutting promos not about kicking ass, but loving the fans and doing it for them. Well that’s nice, now every time Joe comes out in Orlando he’ll get a nice reaction from his good buddies, aka the Orlando crowd, but good luck with all those northeast crowds that TNA will be in front of as they don’t take kind to fan loving high fiving nice guys and will boo any wrestler of the type right out the door. It sucks that the easily programmed Orlando fans get most of the TNA action because if the northeast had more TNA, they’d b e a lot more vocal about the direction THEY want wrestling to take, and it’s evident anytime TNA, or even WWE are in their towns (think WWE in Madison Square Garden, WHOLE different world.)

In the 70’s and 80’s, guys also did not have to change drastically just because they turned heel or face. Guys like Harley Race, Bruiser Brody, Ric Flair, the Road Warriors, and others, could be a face in one territory or period of time, and be the same character as a heel, they would just wrestle a different set of guys and would be cheered instead of booed. They didn’t have to change their character, wrestling, or interview style. They just remained the same, and let the fans adjust accordingly. So there’s my view on Samoa Joe and the sad fact that serious, believable faces in wrestling are nearly non-existent. And if Samoa Joe is failing miserably as TNA Champion in a few months, look back to this post if you need answers as to why.