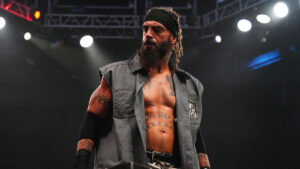 Jay and his brother Mark, known as “The Briscoes” have had a legendary career in Ring of Honor, dating back to the company’s inception. The Briscoes may have recently got the most spotlight they’d ever had when they defeated FTR at ROH Final Battle on PPV just last month.

Tony Khan has confirmed the news of Jay’s tragic passing on Twitter:

Sadly, Jamin Pugh has passed away. Known to fans as Jay Briscoe, he was a star in ROH for over 20 years, from the first show until today.
Jay and his brother Mark dominated ROH, reigning as champions to this day. We’ll do whatever we can to support his family.
Rest In Peace Jamin

While the Briscoes were mainstays in Ring of Honor and numerous independent promotions, it seems as if their star power had reached new heights in the last year and their popularity was bound to land them on AEW TV eventually. While the team had its fair share of controversy that kept them from many opportunities, it seemed that Tony Khan’s purchase of ROH would finally see them on a bigger stage than ever before. Sadly, this tragic accident will prevent us from knowing what could have been.

Our thoughts are with Jay Briscoe’s family and friends.