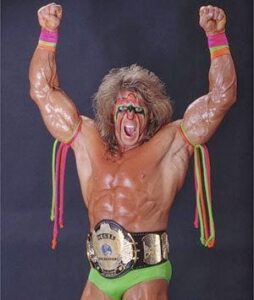 This has to be the most surreal post we’ve ever had on this site in its 7-year existence; just 24 hours after The Ultimate Warrior made his return to RAW after an 18-year absence, the newly inducted WWE Hall of Famer passed away on Tuesday night at the age of 54 as confirmed by WWE.com.

Just this past Saturday night, The Ultimate Warrior made his triumphant return to WWE as his induction headlined the 2014 Hall of Fame ceremony.  He also appeared before the 75,000 fans at the Superdome in New Orleans along with the rest of the Hall of Fame class at WrestleMania 30; then last night, The Warrior made what will be his final appearance as he returned to RAW, donning his signature trench coat and an Ultimate Warrior mask as he gave a speech in his signature persona that was almost eerie now that he is no longer with us just 24 hours later. 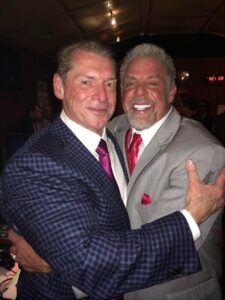 The timeline of all this is unreal.  For years the Warrior has been at odds with WWE and thus hadn’t worked for the company.  Then this past weekend he not only returns but announces he had signed a multi-year deal with the company to be an ambassador and had obviously mended fences with Vince McMahon.  It was a whirlwind to have all this new information and to have Warrior back in the WWE mix, but as it turns out, it was actually a final farewell.

There aren’t many details on the Warrior’s death also TMZ reports he collapsed outside of a hotel in Arizona, presumably after just arriving back to his home state following WrestleMania weekend.  It is too early to speculate on a cause of death, but knowing he spent his final days being welcomed back into the WWE family is beyond words.  We will have more information as more details become available, and will continue on what began last weekend – the celebration of the career of the legendary Ultimate Warrior.