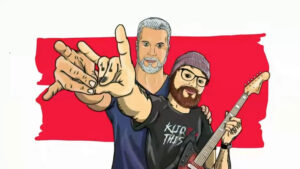 There’s been a huge outpouring of support for Kevin Nash from his fans and colleagues alike ever since the news broke of his son Tristen’s passing last week. We weren’t expecting Nash to speak on his son’s passing for quite some time, but to everyone’s surprise, Nash and Sean Oliver have released a memorial edition of their “Kliq This” podcast where they open up about Tristen Nash’s life and untimely passing.

The video below lets Kevin Nash speak about his son’s cause of death and how it unfolded directly from the source. For Nash to do this so soon after the loss of his son is a true tribute to Tristen, who he credits numerous times throughout the episode as the person who made the podcast happen.

Nash also shares stories from throughout Tristen’s life and also reveals who he’s been in contact with from the wrestling world. Check out this week’s “Kliq This” episode “Remembering Tristen” –