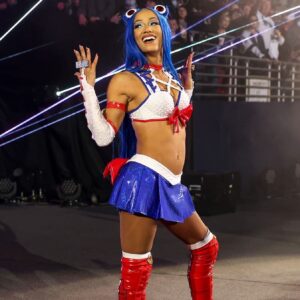 As I’ve sat back and watched the WrestleMania 38 card become more clear over the past few weeks, the role Sasha Banks would play became a point of interest. After Sasha made history last year in her main event match against Bianca Belair, it was almost a lock that “The Boss” would be in another major match, and several were possible. As it turned out, Sasha is back in a similar (or even lesser) role to the one she was in for WrestleMania 35.

WrestleMania 35 is a big key to this, because it was the infamous night that Sasha Banks alongside her partner Bayley lost the WWE Women’s Tag Team Championship, after which Sasha disappeared from WWE for four months. Bayley and Sasha were proud to be the first women’s tag champs in years, but losing the titles so abruptly obviously didn’t sit well.

Fast forward three years and here we are at WrestleMania 38 season and Sasha Banks has only added to her list of memorable moments and matches in WWE, but once again, Sasha Banks finds herself in a Women’s Tag Team Title match that does feel a bit thrown together when Sasha’s match could have been much more impactful.

Sasha’s road to WrestleMania feels like it started at this year’s Royal Rumble as she returned from a brief hiatus due to injury and was the first entrant in the Rumble. After creating a moment right away with the second entrant, the returning Melina, Banks found herself eliminated very early by Queen Zelina, which felt like the start of something we would see more of. When Sasha Banks made her in-ring return on SmackDown to take on Shotzi, the surprise appearance by Naomi seemed to signal a new direction, but not that one I expected.

As Naomi made her way to the ring to randomly do commentary for Sasha’s match, then entered the ring after, it seemed like a Naomi heel turn on Sasha to set up a feud/WrestleMania match was in the works; instead, Naomi announced they were teaming up and apparently booking their own title match against Women’s Tag Champs Queen Zelina and Carmella. While Banks and Naomi do have a history as Team B.A.D., it still felt like Sasha could have been involved in one of the main events. 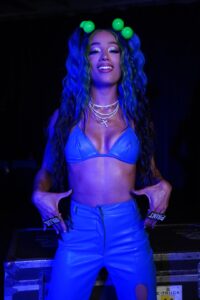 Sasha Banks has done a superb job of keeping her character up with WWE’s flip-flip booking between her being a heel and face, and now her character is happy to be back in a tag team and gunning for the tag titles. With as many times as we’ve seen Sasha turn or be turned on by a tag partner, this seems like a quick fix just to make sure she’s part of WrestleMania. To make this match even less meaningful, another thrown-together team in Rhea Ripley and Liv Morgan have been added to the match, so unless Sasha and Naomi walk out of Dallas as tag team champions, I imagine this Team B.A.D. reunion will be short-lived and Sasha will be back in the SmackDown Title hunt. 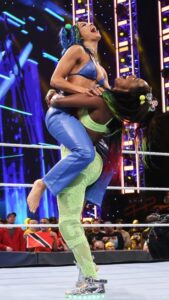 So what Sasha Banks WrestleMania 38 matches could have been better? Here are just a few that come to mind: 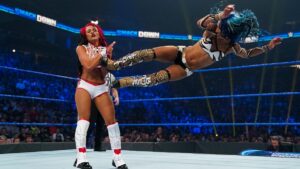 Simple story here. Zelina has had the big push this year becoming queen she shockingly eliminated Sasha from the Rumble, and the seeds were planted. With some build on TV, this feud would have made sense. 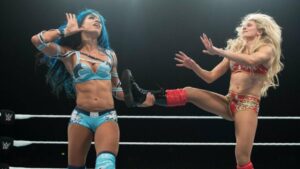 Yes, we’ve seen this one many times, but never one on one at WrestleMania. In fact, rumor had it that this would indeed be the SmackDown Women’s Championship match as Ronda Rousey would challenge Becky Lynch; plans changed, but this one would have made more sense on both brands. 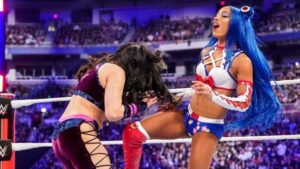 Now this one may have not been the same in-ring as a match with Charlotte per se, but the story here could be built off this duo’s Royal Rumble moment. Imagine if Melina had stayed in the match longer than the few seconds she was allotted, imagine if she was the legend that actually performed well in the match and pulled off the shocking Sasha elimination – a WrestleMania-level story could have been built and presented as Melina’s final shot on the grandest stage. 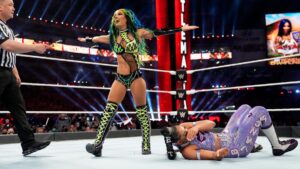 This is the one that got away…so far at least. Banks vs. Belair stole the show at WrestleMania 37, yet we still haven’t seen the rematch. Yes, it was to take place at SummerSlam but that turned into a bit of a debacle with Banks not even there, so the rematch could have easily been a WrestleMania option. Even though we’re not getting it this year, it still almost has to happen eventually. 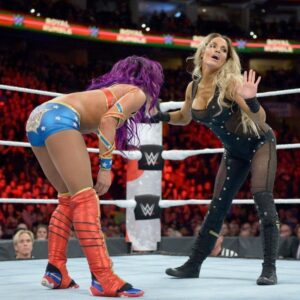 The seeds were planted for this one in the inaugural Women’s Royal Rumble and seems to still pop up online from time to time. The brief Stratus and Banks interaction was enough to make fans want to see the match happen, and a legend the level of Trish Stratus coming back to face a main event star like Banks is undoubtedly WrestleMania-worthy, and wouldn’t even need a title on the line to garner interest.

So these are my thoughts on Sasha Banks’ current status in WWE going into WrestleMania, and five matches I think would allow her to bring more interest in the event. Do you agree? Is there a bigger match that should be on this list? Or are you happy Team B.A.D. is back and looking forward to their Mania match? Let me know in the comments below!