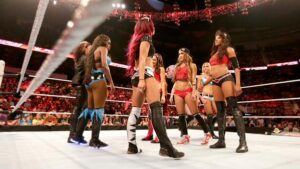 Last night seemed to be the culmination of the “Give Divas a Chance” movement that began months ago when fans complained loudly about the fact that the WWE Divas were continuously given approximately 2 minutes of a 3 hours show each week on RAW.  The fact of the matter is, a lot of these feelings came to be because over in NXT, the Divas were putting on matches that were stealing the show with lengthy competitive matches that had plenty of build-up and really meant something.  Eventually, the question became not only “why don’t the main roster Divas get this opportunity?” but also “why aren’t the NXT Divas on the main roster?!”

When Paige made her main roster debut after WrestleMania 30, it seemed like a change was in store for the Divas, but it’s been a year and a half, and we are just now getting that expected change as three of the top NXT Divas have now joined Paige on the main roster, and they did so in spectacular fashion. 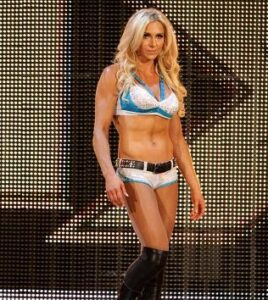 The segment began with current Divas Champion Nikki Bella (along with sister Brie and newest “Team Bella” member Alicia Fox) in the ring, continuing to boast about running the Divas division and being champion for so long which has been the running angle for the past few weeks.  The trio was interrupted by Stephanie McMahon who announced that it was time for a change just like there has been for other women in sports.  Of course, most of us knew that it was finally time for the long-awaited debuts of the NXT Divas that have been ready to move up for a very long time.  To set the stage, Stephanie first brought out Paige who has been standing up to “Team Bella” for the past few weeks without any backup from the other Divas…but that was about to change.

First up was Becky Lynch, who was probably the least expected Diva simply because she hasn’t been talked about as much as the other NXT Divas when there is talk of who is moving up.  Next up the “WOOOO’s” began before Charlotte was even announced because many fans knew that she would be on her way to the main roster for quite some time.  The daughter of the “Nature Boy” took her place alongside Paige and Lynch as things were evened out against the Bella trio, but then things took a bit of a turn to set the stage for the next debut.

Naomi and Tamina were out next to let Stephanie know that they wanted to be involved in this too which prompted Stephanie to let them know that she had someone that felt the same way they did, and that happened to be current NXT Women’s Champion “The Boss” Sasha Banks.  Banks sided with Naomi and Tamini to even out the groups of three which by itself got a “this is awesome!” chant from the crowd, but it wasn’t quite apparent what exactly would happen next – a match? An announcement of some sort of showdown at Battleground?  Actually, it just turned into an all-out brawl which had the Atlanta fans in an uproar of approval for the new Divas. 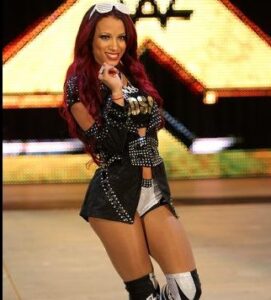 The NXT Divas – Charlotte, Lynch, and Banks ended up applying their submission holds simultaneously which brought on a huge “NXT” chant and made for one of the most memorable Diva moments in RAW history.

Now that the NXT Divas that are known for their stellar show-stealing matches have arrived, the question now becomes will the veteran Divas be outshined and pushed out of the way?  The Bellas are of course a top act in WWE and have come a LONG way when it comes to their wrestling skills, but can they hang at the level of the NXT Divas?  What about Divas like Rosa Mendes and even Alicia Fox who have  been part of the roster for years but really haven’t had much impact….will they soon be replaced?

Those questions will soon be answered as we are in for a great period of fresh matches now that three of the top Divas in NXT are here, with more of them likely on the way.  Besides the “old guard” vs. “new blood” matches  in the Divas division, the arrival of Banks, Charlotte, and Lynch also opens up the possibility of more classics with the likes of Paige and Natalya both of whom have already had classics in NXT as well.  One thing looks to be for sure – the Divas Division is no longer going to be a “throwaway” part of the show will soon be a highlight just like it is in NXT.