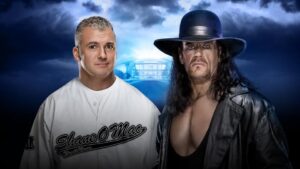 Just a few short months ago, there didn’t seem to be a clear picture of what WWE had in mind for their biggest show of the year at WrestleMania 32 in Dallas; sure, it’s been pretty obvious that Roman Reigns vs. Triple H was going to happen no matter who did or didn’t like it, but outside of that match, little could have been predicted.  Actually, WWE has been plagued by so many injuries that many plans have certainly been changed and others made, and what we’re left with is a card that will barely feature anything I would deem “WrestleMania worthy.”

The one bright spot this year in the WrestleMania build has been the surprise return of Shane McMahon.  WWE really needed a legit surprise that genuinely excited fans and the reaction Shane received made it clear that he represented the fresh start the company needs.  It was even more of a surprise when it was revealed that Shane would battle The Undertaker inside of Hell in a Cell as one of the premier matches at the big event this year, and the possibility of Shane controlling RAW would be on the line.

Just a few weeks ago, rumors were running rampant that the Wyatt Family’s Braun Strowman would be The Undertaker’s opponent this year, which was obviously met with much backlash on the Internet due to the obvious limitations a rookie like Strowman would bring to the table against a legend like The Undertaker who is synonymous with WrestleMania. WWE must have got the message since that match never materialized and there was still no clear picture on who the “dead man’s” opponent might be.  Of course, early word was that John Cena was the original opponent and that match would’ve fit the big-time feel of WrestleMania, but Cena’s injury will keep him off the show altogether which still left a question mark as far as who could fill that major void. 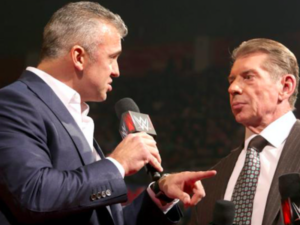 Shane McMahon wasn’t even a thought, not a rumor, no rumblings about a return – it was one of the best-kept secrets in WWE in years and the presentation was great because of that. We’ve seen Vince and Shane McMahon face off before, we’ve seen them get back together and break up again like any other dysfunctional family, but the fact that Shane brought to the forefront that WWE is going down the tubes citing the ratings, the crowd reactions, and just about everything else that is wrong with the product added the type of intrigue that hasn’t been a part of WWE in years.

See Also: A look back at the first 10 WrestleManias

Now we have a situation where everything is on the line in this match – Shane McMahon’s chance to control RAW, the possible much-needed makeover of the WWE product, and now even the stipulation that it will be The Undertaker’s last WrestleMania match if he does not win.  WWE has openly laid out the type of changes that Shane could make if he wins, to the point that if he doesn’t, why should fans even continue watching? On the other hand, is THIS the match The Undertaker ends his WrestleMania career with?  So many possibilities, so many twists and turns, this is what WrestleMania matches are made of.

WWE solidified the fact in my mind last Monday that Shane McMahon vs. The Undertaker is THE main event of WrestleMania 32 after all the hype videos and interviews with legends focused on that match alone; had you asked me last week I would’ve said Triple H vs. Roman Reigns would 100% go on last, but now it seems WWE realizes that fans aren’t behind Roman, they don’t care about him winning the title, and many will even be cheering for Triple H in that match which won’t be the reaction WWE desires.  Shane McMahon vs. The Undertaker is the match that will deliver what the fans want, and regardless of who wins, it will be the roller coaster of action and suspense that no other match on the card can deliver this year.

Will Shane McMahon be able to walk out of “the devil’s playground” at all after his match with The Undertaker? Will he pull off another one of his famous death-defying stunts? Will Shane McMahon control RAW? Or has it ever been stated that Shane even has to win the match? Will the Undertaker do what he’s told after being called Vince’s bitch? And will Shane even stick around after WrestleMania or was this all thrown together at the last minute so we at least have one match with intrigue this year?

So many questions brought on by one match, and it’s why it’s the one match we care about seeing at WrestleMania 32.