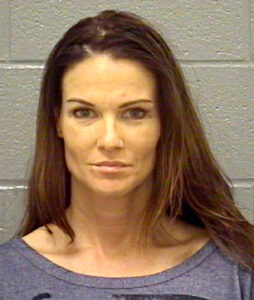 Former WWE Diva Lita (Amy Dumas) was arrested December 9th in Columbia County, Georgia. She was pulled over for excessive speeding, then it was discovered that she was driving on a suspended/revoked license. She was arrested and taken to jail, she was later released on a $2,200 bond. So now all three former members of “Team Extreme”(Lita, Matt Hardy, and Jeff Hardy) have been in legal trouble this year.

But Lita isn’t taking it too seriously, she posted a response on her Twitter account saying “You guys make a Team Extreme jailbird graphic yet? Get to work! Slackers!” She may make fun of the whole situation but one thing she can’t make fun of is her upcoming trial. She will be facing the charges of excessive speeding and driving while her license was suspended/revoked. So from everyone here at the Pro Wrestling Roundup, we wish Lita good luck in her trial and we hope it all turns out well.