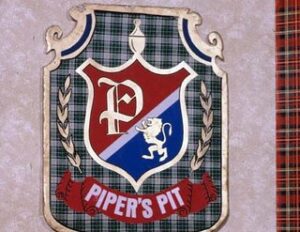 Recently on Twitter, WWE Hall of Famer “Rowdy” Roddy Piper has talked about many of the projects he would be involved in once he recovered from his recent neck surgery.  Today FunnyOrDie.com brings us one of those projects, which is the return of Piper’s Pit as a “cable access show.”

Now we’re not talking about the version of the Pit we’ve seen in WWE over the years where Piper interviews 2 guys in the ring and mediates between them, but this is the old school version with the set and the craziness of the ORIGINAL Piper’s Pit.  Roddy acting like a nutcase and bringing on crazy guests was what made the Pit famous, and now it’s back and crazier than ever!  There really are no words for this, all you can do is watch: