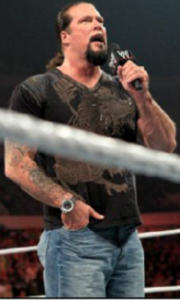 The story of the day in the wrestling world is the apparent release of WWE legend Kevin Nash.  I use the word “apparent” because of the current storyline going on that saw Triple H “fire” Nash this past Monday on RAW.  There have been some odd circumstances the past couple of weeks, with Nash being set to take on CM Punk at Night of Champions before the match was abruptly changed to Punk vs. Triple H.  The rumor that was making the rounds was that Nash had a small medical issue that kept him out of the match, but he would be good to go soon.

Well now WWE has either taken things in the angle a step further by “future endeavoring” Nash on WWE.com, or else Nash really is gone from the company.  Nash took to his twitter page to explain that he has no medical problem and that they simply couldn’t come to financial terms.

So what do you think?  Is Nash legitimately gone?  Or is this just more fire for the storyline?  If Nash’s “firing” this Monday was a legit sendoff, why did they do the segment with John Laurinaitis getting in the limo with Nash?  Is this a setup for some sort of nWo situation as hinted on WWE.com?  Share your thoughts in the comments below.