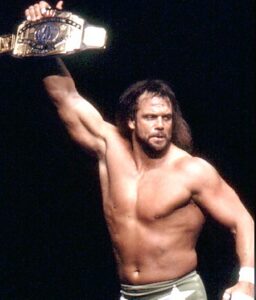 Earlier today we reported the most shocking wrestling news of the year, that “Macho Man” Randy Savage had died in a car crash.  This comes as a total shock that has a huge impact on the wrestling world being Savage was one of the elite legends that defined an era, he was 58.  Police reports claim that Savage had a heart attack while driving and collided with a tree, he later passed away at the hospital.  His wife was a passenger in the vehicle but survived with minor injuries.

For me, Randy Savage was such a loud and colorful character when I first saw him in 1986.  He drew you in because of how odd he was really.  The music, the sparkly robes, sunglasses, and freaked-out mannerisms were easy to be drawn into.  I can say that Macho Man and Ric Flair were the only 2 bad guys that I pretended to be between the ages of around 6-8.  I booed them, I didn’t want them to beat the good guys, but couldn’t help myself but have a blast when imitating them.  Today I think back to old home videos of myself with a bandana on my head, oversized sunglasses, a towel around my shoulders for a robe, and doing the Macho Man slow spin with arms outstretched.

Macho Man hasn’t been in the spotlight very much in the past 10 years since WCW closed, only making a couple of appearances for TNA back in 2004.  Earlier this year it seemed Savage was slowly getting back into the WWE fold when he made surprise video appearances to announce he would be featured in the new “WWE All Stars” video game…his first WWE-related appearance in 15 years.  For years fans have been waiting for the moment Macho would be inducted into the WWE Hall of Fame or make a return to WWE TV in some fashion.  In a huge bittersweet situation, I feel that we will now definitely see Randy Savage inducted into the 2012 Hall of Fame, but none of us wanted it under these circumstances.

I had intended on finding a few classic Macho Man moments and matches to share in this post, but quite frankly there are just too many.  Macho hit the WWE scene in 1985 and immediately made an impact.  From challenging Hulk Hogan right away to winning the Intercontinental title from Tito Santana in 1986, Savage created memories immediately.  His 1988 WWE Championship win was a huge deal for me, as it was the first time I had seen anyone other than Hogan as champion since becoming a fan.  He became an iconic figure during his WWE years and was a household name.  He continued to be a main event star in WCW, taking part in the wildly popular nWo era and winning multiple championships in WCW as well.

For years people have speculated on why Macho Man wasn’t brought back into WWE and what Vince’s problem was with Savage.  Also Macho had a much-publicized feud with Hulk Hogan over the years.  Today both WWE.com and Hogan commented on Randy Savage’s untimely death:

“I’m completely devastated, after over 10 years of not talking with Randy, we’ve finally started to talk and communicate.”

“He had so much life in his eyes & in his spirit, I just pray that he’s happy and in a better place and we miss him.”

“We miss him a lot. I feel horrible about the ten years of having no communication. This was a tough one.”

“WWE is saddened to learn of the passing of one of the greatest Superstars of his time, Randy Poffo, a.k.a. Randy “Macho Man” Savage. Poffo was under contract with WWE from 1985 to 1993 and held both the WWE and Intercontinental Championships. Our sincerest condolences go out to his family and friends. We wish a speedy recovery to his wife Lynn. Poffo will be greatly missed by WWE and his fans.”

I could post for days on all the memorable moments Macho Man gave us, but I will simply share the match that is regarded as one of the greatest matches of all time to this day.  His WrestleMania 3 match with Ricky “The Dragon” Steamboat is still talked about by today’s wrestlers as one of the all-time classics.  It was a masterpiece that will never lose its magic, so here it is once again as we celebrate the life of the one and only legendary “Macho Man” Randy Savage: