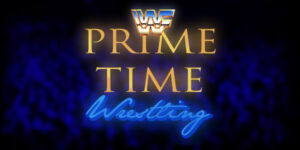 Ever since Friday when we got the shocking news that “Macho Man” Randy Savage had passed away, the wrestling world has joined in sharing the countless matches and memories that the Macho Man gave us.  In viewing tons of these moments, I ran across a rare gem that many of you have probably never seen.

One of the most memorable moments in wrestling history happened in 1991 when the “Match Made in Heaven” occurred at Summerslam 91, which was the wedding of Randy Savage and Miss Elizabeth.  At the time it was a pretty crazy idea to think that a wedding was being pushed as one of the co-main events at Summerslam.  It was different, it was fun, and who didn’t love the Macho Man/Elizabeth reunion at WrestleMania 7?

While the wedding has been referenced for years and most fans have seen it, did you know the bachelor party aired on Prime Time Wrestling?  It was one of the most random, crazy, and outrageous segments that are still crazy even by today’s standards.  Bobby Heenan, Gorilla Monsoon, Roddy Piper, Slick, The Bushwhackers, Mean Gene, Koko B. Ware, and even Jameson joined Savage for one wild party that featured strippers (yes strippers,) cake, and random characters wandering around such as Abraham Lincoln?!

Words can’t describe this one, all you can do is watch and laugh your ass off. But to watch these guys have so much fun is sure to put smiles on the faces of all the Macho Man fans: