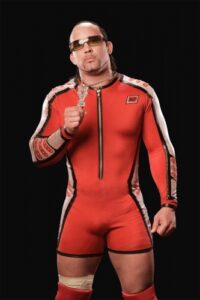 In a bit of breaking news, MVP (Montel Vontavious Porter) has been released from WWE.  MVP was quick to comment on his official Twitter page that he had indeed been released, but had requested it himself and was not fired.  MVP also commented that it was time to “go international & freshen things up.”  This is a great move for MVP in my opinion, as there just aren’t enough guys that go to Japan and come back much improved like the stars of the ’80s and ’90s did.

When MVP debuted in WWE on Smackdown, he was touted as this hot free agent seemingly straight out of Jerry Maguire, who was this huge signing for Smackdown.  To me, the angle made NO sense, because we had never seen this guy, yet he’s some major star Smackdown just HAD to sign?  After getting past that, MVP seemed like he was going to be a big star and had a memorable feud with Matt Hardy, and even a long U.S. Title run, but has just stalled out over the past few years and not being put in any major situations.

Now of course MVP will no doubt be the next big TNA signing rumor, and he’s a big enough name to make an impact there when his no-compete is up.  One of MVP’s biggest supporters is Paul Heyman, who often tweets about MVP and his backstory.  You can tell Heyman could turn MVP into a megastar if ever given the chance.  If TNA did bring in MVP, he obviously would have to come up with a new name, which always hurts to some degree, but MVP would join Matt Hardy on the list of upper-level free agent names that could make an impact in TNA if they were brought in and used correctly.