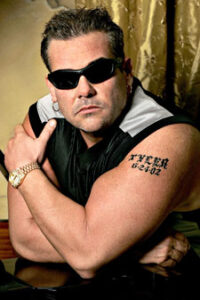 Without a doubt, one of our hottest topics on PWR has been Bubba the Love Sponge’s comments about Haiti, and not many people appreciate Bubba’s comments since the most people are trying to help with the Haiti situation. One of the main supporters of raising money for Haiti has been TNA Knockout Awesome Kong. Well for all of you who were hoping Bubba got taught a lesson for his comments, Awesome Kong has served justice. Apparently at the TNA tapings yesterday, Kong walked right up to Bubba backstage, and punched him in the face not once, but twice, proclaiming “this is for Haiti!” Here is a summary of what Bubba had to say about the incident this morning on his radio show:

“She was wearing wrestling gear, and she came in on me and sucker punched me right on my left cheek, and I was like, what’s going on… then she came out me again, hit me again in the mouth, and she goes, ‘This if for Haiti! This is for Haiti!’ and I’m like ‘What is going on?’ Finally I put my left hand out and push her away from me, and she comes at me again and I just cover up, because I cannot fight back on a woman. Not only will I be fired from TNA, which I probably am, but my radio career is gone if I take a woman out!” 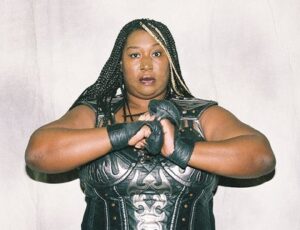 Both Bubba and Kong were sent home from the tapings, and I can’t imagine Bubba’s future in TNA looking too bright after first the comments, and now this incident.