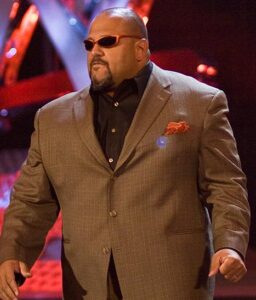 It’s Wrestlemania week so as usual, there is always a heaping helping of news, rumors, happenings, etc.

First off, out of the blue, news hit this morning that Tazz has officially left WWE after doing commentary at last night’s Smackdown tapings in Dallas. His contract was up and he opted to not renew, which is VERY weird being it’s Mania week, as you think he’d at least stick around to do one last Mania. Now it should be interesting to see who they put with Jim Ross to commentate at this Sunday’s Wrestlemania 25.

One also has to wonder, what does Tazz do from here? His active wrestling days are over as far as we know, but he could still make an impact (no pun intended) by jumping over to TNA as a commentator being he’s been a well-known voice on WWE broadcasts for around 7 years now. And of course, he can easily make the rounds at one of the many autograph conventions going on around the country, especially those that have ECW reunion themes. Of course, Shane Douglas could make a play for Tazz (or Taz if it happens) to appear at Shane’s final November to Remember ECW reunion which was recently announced.

Tazz’s departure from WWE raises a lot of questions, some of which will be answered this weekend at Wrestlemania 25, while the rest can only be answered by Tazz himself. Hopefully, we’ll be seeing a Tazz shoot interview soon so we can get his side of the story.