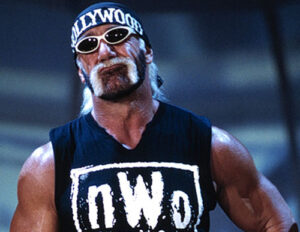 Today I came across an article in The Sun that proclaimed that Hulk Hogan is starting up a “rival WWE.” Sounds like a headline you’d read on a wrestling rumor site, as bait to try and get you to click. Well after reading it, the article seems like it could have some truth to it, as it has quotes from Hogan, names names, and gives details of this new promotion that has suddenly just popped up out of nowhere. Apparently, Hogan and Eric Bischoff are planning to launch this new promotion, already have a T.V. deal lined up, and lawyers are just working out the details, etc. 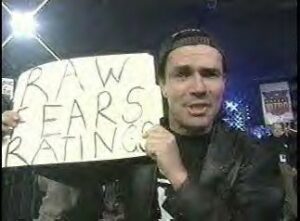 Now some people have already speculated, that Hogan is the king of spreading rumors, getting stuff started, trying to get booked for a lot of money at Wrestlemania, etc. But this time, I find it interesting that he’s straight-up saying Bischoff’s name (who could turn around if it wasn’t true, and say “What? A new fed? I have no clue what you’re talking about” if it wasn’t true.) I also think Hogan would be less certain if the rumor didn’t have some truth to it, and just say things are “in the works” rather than saying “things are lined up and we already have a network.” Now beyond that, assuming this is true, can Hulk Hogan and Eric Bischoff be the force that actually brings another major player back to the wrestling business?

Hogan claims there is some unhappy talent in WWE, some stars from the 80s and ’90s, and some untapped talent that hasn’t been seen that are all lined up for this new promotion, and also states he’s in better shape than he’s been for years. He also says WWE’s show is “watered down” and “unexciting”….well I can agree 100% with that statement at least!

So let’s say Hogan’s popularity on TV recently, with American Gladiators and Hogan Knows Best have indeed got an interested network to put a Hogan and Bischoff promotion on T.V….what kind of product would we get? Would we see stars of the 80s and Hogan buddies like Brutus Beefcake and Brian Knobbs in every match? Followed by Hogan as champion and beating everyone under the sun? Or can Bischoff create another monster as he did when he reinvented Hogan in 1996 with the nWo, and actually took Vince McMahon to the brink of near bankruptcy.

There are only two guys in wrestling that I’ve ever imagined heading up something big again in wrestling….one of them is Paul Heyman, and the other is Eric Bischoff…two guys who have done huge things for wrestling, and not just some guy with a few million bucks to throw a wrestling show on with some big names like numerous others have. Hearing news like this gets me interested, if NOTHING else, just to be excited about the prospect of SOMEthing different being offered by a company other than WWE. WWE is so stale, old, predictable, you name it. The thought of a big-money promotion coming along, and maybe being able to drop the big money necessary to acquire some big-name talent, is a great thing for wrestling. I just hope it happens first of all, and second of all, I hope they have a big, and GOOD, idea in mind, and not just a show called “Hogan Knows Wrestling.”