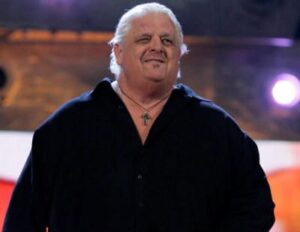 Pro wrestling lost one of its most iconic figures in history this morning as “The American Dream” Dusty Rhodes passed away at the age of 69.

Dusty Rhodes (real name Virgil Runnels) was one of the biggest stars throughout multiple generations in wrestling, and an influential force in numerous ways as well.  From being the man behind the scenes during the NWA’s explosive era in the 80s right up to being a major influence to probably the entire NXT roster, Dusty Rhodes’ influence will be etched into the history of wrestling forever.

Dusty Rhodes’ career spanned many generations, with some fans probably not realizing that he was a “bad guy” early on and was part of the legendary “Texas Outlaws” tag team with partner Dick Murdoch in the 60s.  It was in the 70s that the “American Dream” was born as Dusty first became one of the most popular stars in wrestling in the Florida area and it was also during this era that Dusty first wrestled for WWE (then WWWF) in Madison Square Garden, drawing record-setting crowds against WWWF Champion “Superstar” Billy Graham. 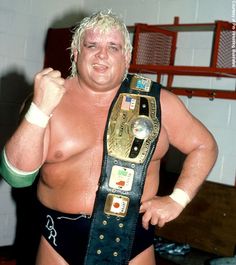 In 1979, Dusty Rhodes won his first of 3 NWA World Heavyweight Championships from Harley Race; Dusty would trade the title back and forth with Race before losing the title in 1981 to the man that would become one of his greatest rivals, “Nature Boy” Ric Flair. Dusty’s feud with Flair would run almost the entire decade of the 80s and produce some of the most memorable moments of the era.  Dusty once again won the NWA World Title from Flair during the Great American Bash of 1986 but only held the title for around 3 weeks; his feud with Flair would branch out to the all-out war with the Four Horsemen which was that era’s defining feud.

In 1989, after a successful run both as a performer and head of creative for Jim Crocket Promotion/the NWA, Dusty left the promotion and ended up making a move that no one saw coming…a jump to Vince McMahon’s WWF.  Sure Dusty worked for the McMahon’s in the 70s, but since then Dusty had become the centerpiece of the rival NWA and a move to “the enemy” would surely be disastrous in the eyes of many….and during his WWF debut, many believed that’s exactly what Dusty was in for.

“The common man,” “the son of a plumber,” ….and of course, polka dots.  Dusty Rhodes initial presentation in 1989 was that he was a humorous fun loving common man who didn’t mind working on a garbage truck or delivering pizzas; it was a typical presentation when WWE debuted a new character at the time….and everyone had to be a character in that era – but this was a 3 time NWA World Champion that battled in bloody brawls every night to get where he was….how could he make polka dots work?  ….but he did.  Dusty Rhodes wore polka dot tights, he danced, and he became a top WWE star having memorable feuds with the likes of The Big Boss Man, Ted Dibiase, and “Macho Man” Randy Savage.

Dusty stuck around for only a couple of years in WWE, even tagging with his son Dustin (the future Goldust) before retiring and heading back to WCW to run the ship.  Dusty still made regular appearances on WCW TV as a commentator and even getting involved from time to time in matches.  While many fans may not think about what goes on behind the scenes, it’s evident that any wrestler that got to work with Dusty was influenced greatly by his knowledge and creative genius for the wrestling business.

After WCW, Dusty even appeared in ECW and feuded with Steve Corino in the classic-style bullrope matches.  Dusty was back in the ring in the early 2000s, running his own “Turnbuckle Championship Wrestling” promotion before ending up in TNA once again running the creative end of the company.  Ultimately Dusty has been back in the WWE fold for the past 10 years and was inducted into the WWE Hall of Fame in 2007.  Dusty has worked for years with the NXT talent, as is evident today on social media as NUMEROUS talents have been grieving/thanking Dusty for all his help today.

It was just a few months ago that Dusty was on TV with his sons Goldust and Cody (Stardust,) and he was undoubtedly right where he wanted to be…with his family and taking part in the business that defined him.  We could go on for hours about Dusty Rhodes and his place in wrestling history, but we will leave this “short” post for now just to announce this tragic news; we will undoubtedly share more memories and moments given to us by the legendary Dusty Rhodes over the next few days.

For now, here’s a great video tribute to Dusty’s career, followed by the unforgettable “Hard Times” interview from Dusty that was just recited to him at this year’s Hall of Fame ceremony by Maria Menounos: