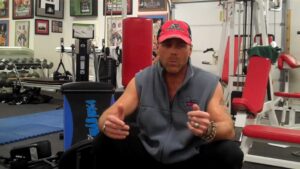 Ever since his retirement match at WrestleMania 26 and subsequent retirement speech the following night on RAW, Shawn Michaels has stepped out of the spotlight in WWE.  His cameo on the Slammy Awards has been the most we’ve seen from HBK in months.  Of course, when a legend is gone for a while, rumors are bound to swirl.  Rumors of Shawn going to TNA, being the anonymous RAW GM, and in-ring returns will always be stirring on the Internet, but now Shawn has decided to communicate directly via Youtube to let his fans know what’s going on.

In this video, Shawn reveals that he has basically come to a deal with WWE that will make him available to them whenever he can, and he verifies that we will never see him step into a ring other than WWE’s ever.  He points out that he will keep his word and will not be wrestling anywhere, but non-wrestling appearances for WWE will be in his future at some point.  Here is the word from the Heartbreak Kid himself: