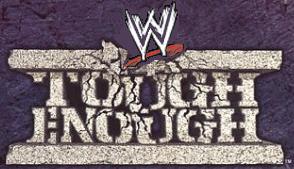 It looks like WWE is officially bringing back the “Tough Enough” reality show that some of you may remember from a few years ago.  The show brings together hopeful WWE Superstars and Divas and follows their experience as they train and learn the wrestling business from veteran WWE trainers.  Each week someone gets eliminated until 1 or 2 winners are finally determined.  They have used a few different formats for the show, so no word on how many winners the return of the show will have.

Past winners on the show include John Morrison, Maven, and Jackie Gayda.  The first couple of seasons were entertaining at times and showed fans how real wrestling is and how hard it is to even make it through the training.  In the last season they had, the show was done as a segment on Smackdown instead of a stand-alone show, and it wasn’t near as good.  Hopefully this time they will go back to the old format that featured the contestants going through training and interacting with WWE Stars.

If you think you’ve got what it takes, check out the official WWE Tough Enough casting call.