The Miss WrestleMania Battle Royal at this weekends WrestleMania 25 is actually a bright spot considering the match has some nostalgic value as where some of the other matches on the card just seem like matches you could see on any old edition of RAW (::cough JBL vs. Rey Mysterio ::cough::) But WWE at least made the right move with the Divas. Instead of a regular women’s title match or even just a battle royal with all the Divas, they’re actually bringing in some former Divas to make the divas battle royal truly special. 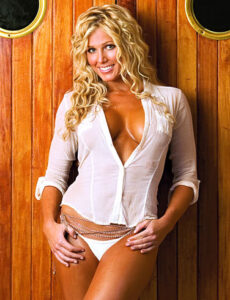 Earlier today at the WrestleMania press conference, Kelly Kelly and Eve Torres revealed that Torrie Wilson, Molly Holly, Sunny, Victoria (who’s barely been retired,) and Jackie Gayda (who I fear will get zero reaction due to her run in WWE being less than memorable other than some classic move botching.) Not a bad line-up at all but too bad Wendi Richter and Lita turned down the offers, especially Richter, who hasn’t done anything with WWE since 1985 but in that era was a huge name who did a lot for women’s wrestling in WWE as far as women in major storylines and matches go.

Also not appearing will be Debra, who apparently wasn’t asked, and neither was Ashley Massaro, but we can live without her. Also too bad Stacy Keibler has moved on, would have been nice seeing her in a WWE ring one more time. The battle royal should be fun at least, and good to see Divas like Torrie and Sunny who are still hot, and really should be used by WWE still. 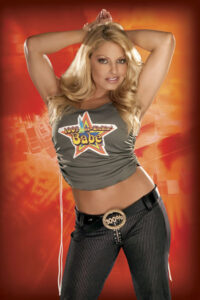 And of course, her name is not on the list but I’m sure EVERY one, including me, is hoping for the one and only Trish Stratus to make another comeback appearance this Sunday as WrestleMania is always in need of some Stratusfaction. Hopefully WWE is saving Trish for a little Mania surprise, hopefully as the final entrant in the Miss Wrestlemania Battle Royal, because if anyone should be called Miss Wrestlemania, I’d say it’s Trish Stratus..