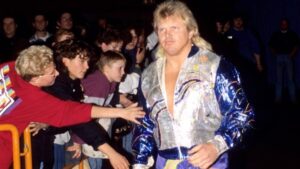 The pro wrestling world has suffered yet another big loss as one of the all-time greats, “Beautiful” Bobby Eaton, has passed away at the age of 62.

Probably best remembered for his years as a member of The Midnight Express, Bobby Eaton has always been one of the most underappreciated talents to ever set foot in the ring. Whether it be with Dennis Condrey or Stan Lane and alongside Jim Cornette, the Midnight Express was a staple in the NWA throughout the mid-80s to the early 90s. The team’s neon attire and loudmouth manager didn’t exactly match Bobby Eaton’s mild-mannered country boy vibe, but somehow it worked to perfection.

Bobby Eaton’s unique style is another often-forgotten detail of just how much of a talent he was; his high flying moves were unseen anywhere else for a guy his size – he was no cruiserweight, yet not a body guy either, Bobby Eaton was truly one of a kind which made his match-ups with various wrestlers intriguing. From battling Dusty Rhodes and Ric Flair in 1 on 1 competition to his legendary tag team battles with the Rock N Roll Express, The Fantastics, The Road Warriors, and a laundry list of other legendary teams, Bobby Eaton matches were almost always masterpieces.

Here’s to hoping the WWE Network dives deep into their archives and puts together a collection of Bobby Eaton matches that span his entire career, as it will be a great way to look back and remember one of the greatest pro wrestlers of all time.