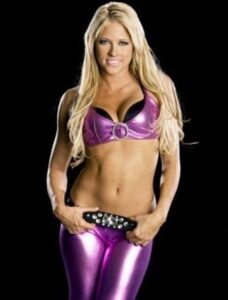 In a pretty surprising move, WWE has announced the release of Kelly Kelly.  Over the past few months, Kelly has mostly been away from WWE and “taking time off,” but was still regarded as one of the top Divas in an already weakening Divas division.

It’s hard to believe Kelly has been in WWE for 6 years, but when you think about it the first time we saw her was in ECW where she debuted as an “exhibitionist.”  Kelly is a former Divas champion and was always popular on WWE programming, but with Triple H gaining more power being the scenes and word is he isn’t big on the Divas, the writing may have been on the wall for Kelly.

It always felt like Kelly would be back in a big role, most likely after Eve continued to build her current character to top heel status.  Now there is a definite void in the Diva’s division and makes us wonder if Triple H will keep putting emphasis on tag teams like we’ve seen in recent weeks and less and less on the Divas.

Kelly would be a big pick-up for TNA if she is still going to stay involved in wrestling, although she would most likely go by her real name of “Barbie Blank,” which many have always said is a great name for wrestling anyway.  It should be interesting to see where Kelly Kelly goes from here, and if wrestling is in her future at all.

Related:
Kelly Kelly and Other WWE Divas – No Clothes